Pros – Solid build, love the color (BRG!), and the cable. Excellent fit for someone who has earbud issues. Signature-wise fairly laid back with an unobtrusive nature. A worthy look for budget earbuds

Cons – Limited Edition. Not the most distinctive sound. Almost played it too safe with sound sig. Better female vocals would be appreciated.

I would like to thank Steve at Kinera for sending me this sample for review; the critters have about 40hrs of burn-in.

*Disclaimer: This sample was provided for the purpose of writing a review, no incentive was given to write a favorable review. All opinions expressed are my own subjective findings. Plus Kinera was kind enough to personalize individual pairs with the moniker of our choice.* 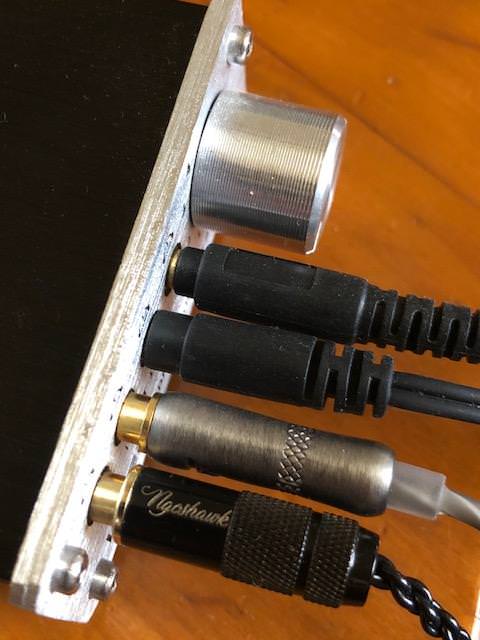 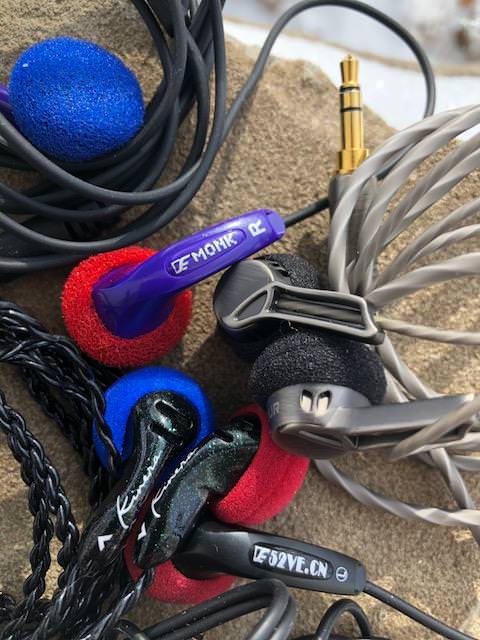 Since this was a limited edition earbud, produced as thanks for reviews of the Kinera H3, we were able to personalize the unit with the name of our choice. A very nice gesture from Kinera & Steve. I will state that I am sorry that this earbud will not be produced, because it IS a viable product in the SUPER competitive low-end bud market. It seems that new designs/products come out daily, and to me that is a good thing. These would compete well in that market, if produced. The unit came with a nice Kinera-branded carrying case, as well as the usual assortment of foam covers (donut and full). Another nice touch was the Velcro cable cinch. Quite sticky, but some prefer to tie their unit off this way. I prefer simply to wrap the cable loosely around three fingers and place in the case.

A well-built unit, with a skinnier cable run, this critter fits my ear better than almost any earbud I own or have tried. I admit up front, I am not one for listening to earbuds for longer periods. My ears simply do not cooperate. A shame, really what with all of the affordable products out there. Another downside to this, is that I often cannot get a proper fit/seal from buds such as the venerable Monk/Monk+, two of my all-time favorites, and almost exclusively responsible for bringing “audiophile-quality” buds to the masses. I liken what Lee did to what Mazda did with the Miata (MX-5) and convertibles. Without either, the Smartphone-replacement bud would be much further behind as a result.

As such, Kinera wanted to get into this very lucrative market paying their earbuds as excellent replacements for the (usually) cheap buds, which accompany your 4-figured Smartphone. It has largely succeeded, and should be worth a listen

As for the critter itself, when I saw that it was British-Racing Green, I immediately fell in love. Thinking quickly of the latest Aston Martin in the same color, gave me that premium feeling. 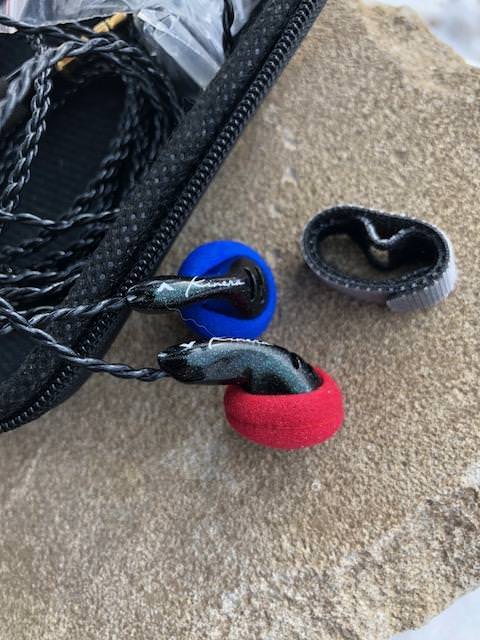 The cable is among the best affordable units I have seen. Made of 4-core wire enclosed in black plastic, the braiding and feel is top notch. Supple would be an excellent word for the cable, and imminently untangleable. I had no problem keeping the cable straight. And the hand-soldered jack where it all terminates is just a really nice premium touch. This is a good quality unit.

That said, I must point out that the damping foam covers both the left and right vent holes in my pair, giving a somewhat muddled sound. Our dear friend @Golov, who took his apart and “corrected” the problem, which occurred only on one of his, pointed this out. He did state that the correction opened up the sound a bit. I have not done this yet, but will do so.

I usually run earbuds without foam cover or donuts. Because of the aforementioned problem of earbud-fit, foams tend to exacerbate the problem, so I run the buds naked. That said, some of the four included here do sound better with foams on. Others sound better foam-off, so I ran all four both ways to ascertain the “qualities” of each.

As stated above the fit of the Kinera is better than almost every earbud I have tried. While most of what I have follows the venerable Sennheiser MX shell shape, the Kinera does, but with that slimmed down cable run. I do believe this is the reason I can wear them for extended listening sessions as opposed to the others.

Leaking of sound does happen, well…because it IS an earbud. That said, I find less leakage than others. To me it is most definitely ear-shaped-dependent. The real benefit of an earbud, besides being affordable; is that they are easy to use, and one can quickly ingress/egress the pairs. When in a situation where one must constantly put in and take out the bud, this is a nice benefit. As such, that slim cable run makes it easier for me. 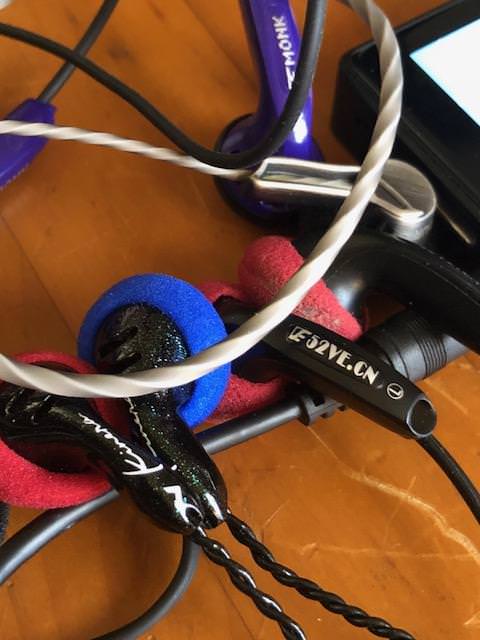 The Kinera have a laid-back somewhat warm profile, to me. Nothing really stands out as either over-emphatic or underwhelming. Some might call this a neutral aspect of the bud, but I think it is a cohesive effect of all parts working well together. They do need a proper power to run, as they are not very sensitive. As such, you will most likely have to drive your Smartphone volume pot up a few notches. Conversely, the RX-1 is extremely easy to drive, almost too easy as it’s brighter signature can tend to overwhelm or become tedious at higher volumes. The Monks conversely? Well….they are Monks, so not much can be added that hasn’t been said already. Personally, I prefer the original to the “plus” version. To me, they present a “more full” signature, with a bit better bass reach than the younger sibling. Preference is of course, yours.

I concur with Oscar in that without foams, the Kinera can sound thinner. The bass does not reach as far, and tends to get lost in the brighter signature as a result of that lack of “insulation.” 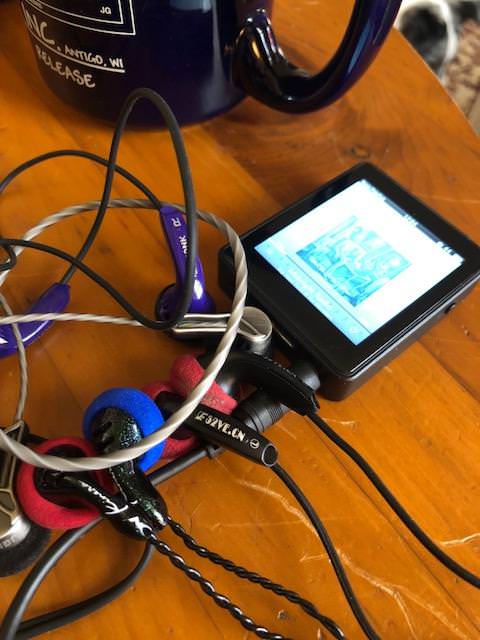 With a decent reach to the bass, the Kinera is not mind nor market-altering. It simply presents the bass in a thorough and honest way. With that decent reach, I was left with a want for a deeper and cleaner reach. This could have been cleaned up a bit, but let’s not forget that this is in that affordable market and quite agreeable, it is. That said, I do like the slightly warm presentation. I prefer warm on all of my devices, but do appreciate a “clean/clear” sound, such as the RX-1 provides. To me, the Monk (original) has a better grasp, going slightly deeper, with better control. The Kinera is good, but the Monk better. Here is where the Kinera trounces the RX-1, which I do like, even with my warm-sig preference.

I did state that the mids are forward on these, and that is my interpretation. I think what I hear is that there is a push, but a polite push. Not wanting to move the mids too far forward (aka RX-1), Kinera engineered a “pleasant” mid sound, focusing on male vocals and good detail. Guitar sounds, as well as male vocals are the highlight here. Jerry Garcia has quite a nice voice through the Kinera. But, I think this comes at the expense of what I would call excellent-detail. There is good detail, but that politeness keeps it from being outstanding. The mids of the Kinera are akin to the original Monk, in my mind, but not pulled off as well. An excellent model to shoot for, the Kinera falls a bit short. 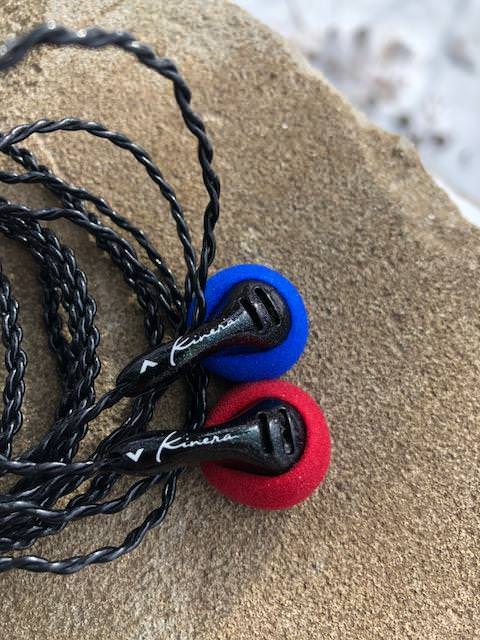 I have sensitivity to harsh treble, caused by too much loud rock-n-roll on my old Alpine car stereo as a teenager. Something I do regret now, as it hinders me from hearing subtle differences that others hear without problem. As such, I must choose my wording carefully, lest I come across with wrong impressions…That said, the Kinera has a pleasant presentation without sibilance, or roll off. Imaging is quite good as a result. “Laid-back” is the way @audio123 describes the treble and I would concur, adding that the airiness of treble suffers a bit (which is to my benefit as a result). The RX-1 simply has too much for me when run naked, but tamed fairly-nicely with foam covers. Cymbals are represented well on the RX-1, but placement can still be heard on the Kinera.

With decent height and adequate width, the Kinera does a fine job, falling short in depth, though. This is an affordable earbud, so there are limitations. Spatial location as a result suffers, but is decent. If an instrument is to be heard from the left, it certainly is, but without that detailed separation found on higher priced product. Average placement of instrumentation can lead to some congestion as a result. Again, average is not bad, and still considerably ahead of most included Smartphone “headphones.” But, when compared to the others, the Kinera comes in at the middle of the pack. Not bad, to be honest.

What with all of this bashing, you might think me ungrateful, or hateful…or worse. Nothing could be further from how I feel about the Limited…in fact I must congratulate Kinera on their first foray into this realm. Having taken a full-on leap into the $100 IEM market with the excellent H3, on the heels of the affordable hybrid BD005, the Limited is exactly what they present themselves to be…a company’s initial interpretation into the affordable earbud replacement market. In that regard, Kinera should be commended. A very pleasant sound signature, which can be used to counter our “more expensive” purchases, the Limited is an easy throw-in-the-bag inclusion for that quick listening session when those IEM’s/Headphones are not needed or would take too long to bring out. Our only wish (following on their Telegram thread and echoed by @Headpie), which many decry is the fact that the Limited will not be produced. An exercise in R&D, that I am honored to be a part of. Well done Kinera, please keep it up. 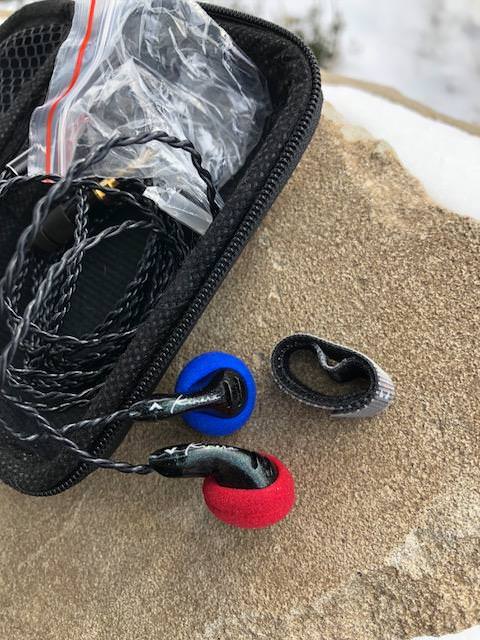 I thank Steve and Kinera for this honor and appreciate their faith in our reviewer’s skills. Following on the H3, this was an unexpected treat, and I do thank them both for this!