Skip to content
Written by ngoshawk
Published 13 minutes ago 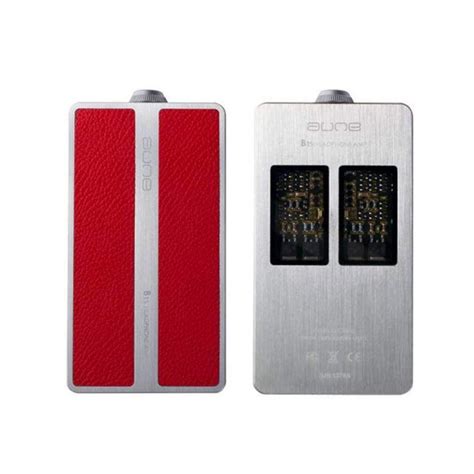 The heritage of the classic

The perfect partner your DAP has been waiting for 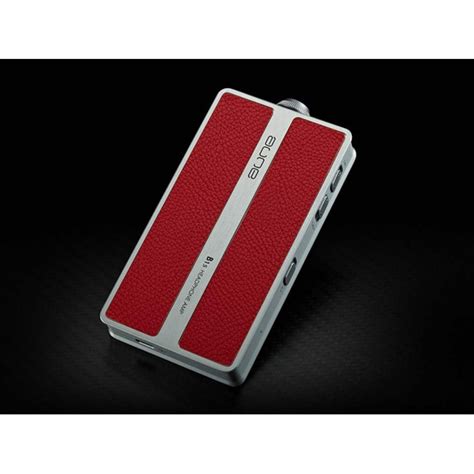 Upon hearing that I would participate in the Aune B1s tour, I fondly remembered the Aune S6 of which I reviewed about a year ago. That came on the heels of the excellent ampsandsounds Kenzie, so the S6 had big shoes to follow. I had stated that, “To be able to be satisfied with the gear we choose, we must understand completely why we do. We must become that Illinois Bundleflower, from both the inside AND the outside. We must allow part of us to travel through those root hairs, with the bacteria as our guide and ride, then up the Xylem tubes, to all parts of the plant.” A reference I made to a prairie plant in which an acquaintance was using to help alleviate the loss of biodiversity in the prairie, and loss of biological diversity itself. Becoming one with the plant was the side focus, and becoming one with the gear we choose, and review was the point. I thought of that as I unboxed the B1s…thought of that wonderful week listening to the S6, and of how far I have come with my gear (far…!), and reviews (not far enough…).

I had mentioned to @Mshney how cool the B1s looked with the silver opening to the innards, lit by dual green lights on one side, and the red pleather on the other. Quite classy, and able to show off the wares, better than the all black. I rarely go for other than all black, so this was a departure from the norm, and a good one.

I was anxious to use the critter having spent the better part of the last month breaking in my new iBasso PB3. The PB3 was purchased almost solely on the aspect of using it as a dedicated balanced out amp for my DAP’s. Almost… After burning in the iBasso as per manufacturers recommendations, I listened. I liked. I liked a lot. The sound was almost 3D-like and definitely powered my DAP’s to a higher volume. I will have to save more on that for the dedicated review of the iBasso, suffice to say that I was satisfied with the purchase and the sound.

After the initial listen of the B1s, I was almost regretting that purchase…almost. If the Aune had a balanced headphone jack, this would be pretty much ideal. I understand why it doesn’t but think that Aune missed an opportunity here to add a worthy function. But that is OK, because many would not use this in that capacity. Paired easily with a Smartphone, this is a stellar example of how far the industry has come. To think that in a short time (you define it, I won’t), an amp, which cost $229 USD, could enhance ones Smartphone and you could be thoroughly satisfied would be a marvel. Of course, there are cheaper alternatives, which could do the same, but do they sound as good? Well, I’m not sure outside of a small sample, so I will leave you with that.

Coming in (to me) the typical simple straightforward Aune packaging, one is presented with the B1s, red pleather-side up, the charging cord and a longer 3.5mm bridge cable. I do think that this was on purpose, not only so one could configure the controls based upon whatever source unit you have, but also to vary which side you have showing…again choosing betwixt the two is tough…electronics, or that supple red pleather. I actually just like saying reeeeeeeed plllleeeaaatttthhherrrrr….OK enough of that.

Impeccable. Top class. Seamless construction. No mismatched parts, toggles, jacks or inlays (the pleather). I hate to use the following, but it is an apt description, the construction belies the price point, and then some. While I am happy to state that this is becoming more the norm, I am also happy to note that this is of that build. Quite good and quite nice to see. Something I like is that one could place the pleather side against your DAP or Smartphone and have no need for that rubberized silicon piece of which most use to separate our “stacks.” That said, I am torn as to which side I like looking at more, the Pleather or the innards…it is a tough decision and one, which could gladly be debated by the owner. All toggle/switches work without fuss, and seamlessly. A click one way and you get high/low gain, class A/regular, or the on/off. The switches just work. I could also see removable glass panels on the one side, so you could switch op-amps, or play with the toggles, not unlike the iFi iTubes2. I also liken that look to staring through the glass at a Ferrari V12, or Lamborghini v12. I get that sense of horsepower.

Well, this is harder for me to take. What with my hearing loss, I am confined away from the finer points unless I can absolutely pick them out. As also mentioned, my work with Passerines, afforded me that time to hone my listening skills enough to discern differences. And, I can add that there are some good ones, here.

What gives is a bit of a nicer richer more full sound than out of either the Shanling M3s or Opus #1S. Noticeably more so on the Opus. What to me is a somewhat thin (compared to the Opus #2 and M3s), clear, detailed sound is blown out of the water by the addition of the Aune. I immediately noted more detail, or rather clarity. That would be a better word. Clarity. Providing an almost holographic-balanced sound, I get now fully why Aune did not bother with a balanced set up on the B1s…it isn’t needed. That holographic sound perpetuated no matter the source, and no matter the IEM.

While this did occur, I did find the mids pushed too far forward for my tastes. I like having Carlos Santana’s guitar heard, but not so far forward, that it pushes all to the back. The great conglomeration of Santana is that all else is together in their psychedelic funk. This drug-induced mind-bending meld of musician and instrument is music to be felt. And that is good. It is lost a bit here, to that forward push. Moving to another Santana song, African Bamba, all is near-normal again. But there is that push still, this time with vocals. Is it something, which would prevent me from a purchase? Well, it is kind of a moot point, since I have the PB3, but if I had auditioned both side-by-side, it would have been a factor (read on for my conclusion of the pair).

Running the Opus #1s on Line-Out, I was presented with very little volume adjustment, even on Low gain. To me, this defined that the B1s is to be used in conjunction with your device, not subservient to said device. On all but my Jupiters that volume was all but unusable at even low gain/line out. With the Jupiter, I could get much more adjustment. I list this as due to the higher impedance and high sensitivity of the Jupiter, but I am no expert, here. I simply state my findings. Someday, I will get to the more technical side…someday…

Running the DAPs on normal Coax out, the volume was much more adjustable as one would expect. I was able to fine tune all this away, to my satisfaction. And the Aune simply sat back and allowed me that small bit of control. Listening to (Da Le) Yaleo, Santana’s excellent song, there is plenty of volume, and an ear-splitting volume could be achieved. And the sound is good. Quite good. Good separation, good soundstage, while that clarity is still there. I am getting somewhat mixed messages, but still think the mids too hot for my taste.

There is good soundstage width and height, but to me the depth seems to fall behind others a bit. Maybe I expected too much, but while I state the above, it is still quite good. One in which I could happily live with, due to the otherwise excellent characteristics. Proper to the aforementioned clarity, separation is good. Each instrument is where it should be, and as it should be.

I cannot find much to complain about with this fine little critter, except for battery life. I was disappointed to be honest, garnering only about 7 hours at most on A-class, and a bit more when A-class was turned off. Short of the standards listed. While not a big deal, since many of us carry portable power for our various devices, something in which to consider. 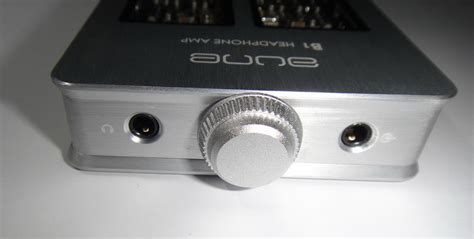 The only one of merit for me is the iBasso PB3, which as I stated I purchased specifically for the balanced-out headphone jack. To many, the loss of fully balanced in this iBasso lineup was a definite downside. That said, the cost became much more in line with amps of this spectrum, including this Aune B1s. Within $30 of each other, this is a wash. I will freely admit that I purchased the iBasso to replace my FiiO A5, too. While nice, the iBasso is a definite step up. I will lastly admit the purchase was to have a point of comparison with the iBasso and another amp coming soon. So, three points there.

My initial switch was one of wow, the Aune is quite good! While the iBasso is more powerful, the drive seems to be better with the Aune. More vibrant, better detail, and a bit warmer of sound. The PB3 also has a sound more midcentric, while sounding slightly more neutral. Depth of sound does seem to be better than the B1s, with width and height pretty much a wash to me. Both are of excellent build quality so there is no difference there.

Something I have not mentioned but indirectly regarding the Aune, is a slight reverb of sound. An old term we used to define a slight delay of sound, giving the music a sense of depth ala 3D, one could liken reverb to todays balanced, somewhat. This is where I think Aune didn’t have to go with the balanced out sound capability. The SE functions just fine, with the mentioned aspects. 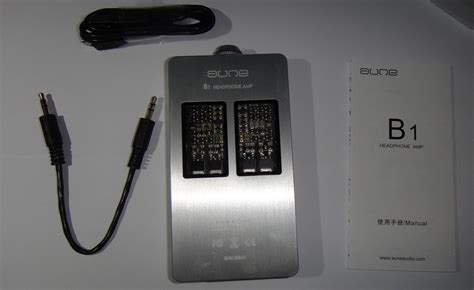 The Aune B1s has some pretty big shoes to follow with big brother S6. While not in the same category, it is clear than Aune put as much into the R&D of the B1s (family), as the S6 (one would hope, and of course they did). And, this shows. From the quality of construction, to the versatility of Class-A, the B1s is good, quite good. To make me rethink a recent purchase it has to be good. And it is. I write this listening to Santana on my Aria’s through the Opus #1s, and…the iBasso PB3. Why? To garner my final thoughts and take away the pain of sending the Aune on to @Wiljen. He will be very lucky, coming on the heels of another amp he has recently tested.

I would recommend a long listen of the Aune B1s, it is a really fine amp, and for those looking at amps of the slightly warmer genre and of single-end, this would be a very fine choice.

I want to thank @Aune for sending the tour unit along, and to @Msheney for setting up and managing the tour. It was worth the listen. 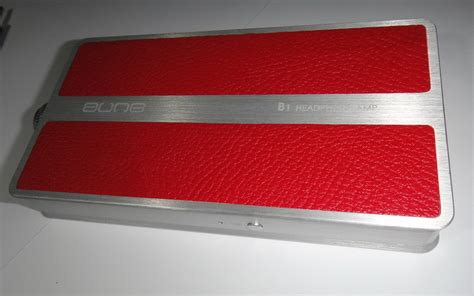