CCA C10 Pro: Does the Pro offer an upgrade?

Pros: Typical CCA sound (best of the three to me)
Typical CCA build & look
Better bass than the C10
Tamed (a bit) the treble of the C10

Cons: No case
Cable is OK
No case
Lack of accessories
No case

Intro: Denise from the CVJ store/IEM manufacturer contacted me about reviewing the CCA C10 Pro. As a fan of the CCA family, I accepted her gracious offer, since the C10 is one of my favorites at the “near-budget” level of IEM’s. I will also admit that I prefer the CCA “brand” to the KZ parent and TRN cousin. There is just something about that sound, which I appreciate more than the others. Maybe it is the mellower sound, or less in your face aspect to the sound. Either way, I do like CCA more. So, accepting her offer was an easy decision to me.

The review sample is mine to keep, but it is understood that the unit may be asked for in return or to be sent to another reviewer at any time. As such, it is mine to keep, and will not be sold for profit. That’s still a really uncool thing to do…All that was asked is an honest assessment of the item in hand. I would have it no other way.

In typical CCA/TRN/KZ fashion the box is small, white and printed with graphics. Inside you find the IEM, cable, tips and a QC card. No case. I’ve complained about that before, so I will just leave it at that. That’s it. Nothing else, but again it is all right.

Typically, CCA/KZ/TRN are made in an economical manner, using formed plastic material and fairly ubiquitous shell shapes. With a flat 304 stainless steel faceplate, the CCA has the traditional “z” mark adorned on it. The model I have is the purple shelled model, but a black shell with gold accents for the “z” looks absolutely killer. That would be my choice here, and purple is my favorite color, too. Made from three pieces, the silver faceplate and nozzle compliment the transparent purple shell nicely. Fit together is as expected, which is quite good. I will state that the construction tolerances of the KZ family is quite good and helped to raise the standards of ChiFi early on. For that I applaud.

The nozzle has a nice lip to hold tips in place and a vent hole on the inside of the shell aids in bass venting, too. I have no problem with the construction.

Fit into my average size ears is good, but when a smaller tip is used, I did “bottom out” with thee nozzle. Using the large tips included this happened, so you might want to change tips. But, isolation with the large tips is only average until the music starts playing. As always, tip roll to get the best fit and function. Lying flush, the IEM and cable over-ear work together to keep the C10P in place. While the ear guide is curved more than most, it is still supple and smaller diameter than most. It does tuck all the way behind my ear and down the length, which may hinder some who wear glasses. I do and it does not bother me much.

The cable reminds me of the standard Litz cables of CA fame, and they do have a certain shimmer to them. No microphonics at all, the cable sits nicely down my front. While it does keep its shape a bit, this aspect did not bother me since the suppleness allowed it to sit so nicely. With a near right-angle 2-pin connection at the IEM, this helped to keep the cable out of the way as well.

I would consider the build and fit to be better than average.

From the information page: Upgraded 4BA+1DD Hybrid Earphones & Magnetic Dynamic Unit. As an upgraded version of CCA C10, the Pro features self-customized balanced armatures which includes two 30095 drivers for high frequency, two 50060 drivers for mid frequency. With this configuration, the sound is transient, dynamic and bright in all respects. While maintaining the previous performance, the high frequency of this model is extended to beyond 40kHz. It also adopts the second-generation Tesla double magnetic dynamic unit.

Using four BA’s with two each for mids and highs, and a DD for the lows, CCA did not go crazy overboard, which is good. Of interest is there are single BA units for one each of the mid and high spectrum, while there is also a combined unit, which has one BA for mids, and the other for the highs. This does afford a more space-saving design and shrinks the size of the shell. There was a point in time where the driver war drove manufacturers to make larger and larger shells to accommodate the ever-increasing number of drivers. Thankfully that time is gone, and the shells contain a sane number of drivers.

CCA of the past I have tried lay down a solid bassline, with a treble push, which while less than the parent KZ, still may be too hot for some. Not typically one for turning the volume up, the C10P bucks that KZ trend and tailors the treble characteristics to a more “western” taste of warmth and depth, without being pushy, or churlish. I like this treatment and found myself turning up Alex Fox’s songs a fair bit as a result. Not the brightest or most distinct, but pleasurable since it did not push any wrong notes through my tender ears. There were still distinctions to be had up top, and the higher note of guitar and high-noted percussion sounds came across as distinct and fairly easily heard. I would not state that the C10P is meant to be a detail monster, but rather not offend and provide a very well-balanced sound. Not balanced in the sense of all mechanisms working in harmony without bother, but rather no unpleasantness to be had.

This carries over into the mids, which are rich and warmer than CCA’s of the past to me. There isn’t the excellent detail of the past, but to me right now that does not mater, for the treatment is satisfying to me in the richness and vibrancy category (yes vibrant without being too detailed). Mind you there is plenty of detail present, but this is not one such as a Campfire Audio Ara. Maybe unfair in comparison, but it hopefully gets the point across. I do find the mids sit pretty much even with the lows and highs. Almost dead center. Alex Fox’s Guitar On Fire (Latin Disco) sounds like it should. Bass while good and deep here does not overshadow the treatment of the mids. Some may find this boring or tame, but I prefer allowing all to come forth and bear fruit, lest you have an overburdensome KZ. Clarity is still decent as a result of the way the mids are treated, but to me that is not the focus of the C10P, rather the overall. There is a bit of flatness to the mids, which while helping hold them in place without being too far forward, makes for a bit less 3D in shape but not squished or unnatural. On Smoot Sailin’, the song evens out, and the tonality comes back well, just not as vibrant as some.

Soundstage provides me with a nice width, on songs such as Magnolia Boulevard’s Lovin’ Me. Again, that evenness of character shows through here, without the height being overdramatic or depth either. While you can discern the layers and placement well, this would be a show of the overall orchestra, not the focus on discriminating separation. Together would be good descriptor.

If I had to nail down the signature, it would be one of thorough competence without being offensive like some at this price in the past. I am enjoying what comes out of these more so than the C10, or comparable KZ iteration due to the tuning. Again, it’s not boring or blah; but rather provides a somewhat more mature signature than some would expect based upon their past experiences with the brand.

The Kinera has a somewhat odd and non-traditional shape for a non-custom. There is the large knob, which does help to hold the unit in place, but the included tips are the shallowest I have ever seen. While a good seal does come about, there is no room for the unit to breathe. Trying other tips though simply pushes the sound away from you like you are sitting near the last row in an outdoor venue. And its windy.

That said, the Kinera has its moments. The mids are pushed more forward than the C10P, which is somewhat a hallmark of the Kinera sound. A bit less bass push, but controlled from the Kinera is countered by a deeper reach that is a bit boomy from the CCA. Vocals on the BD005P present themselves with more emphasis and vibrancy while moving a bit forward as well. Guitar work has a certain subtlety to it that is decent as well. Maybe not as vibrant as the CCA’s maturity provides, but not thin or flat either. But compared to the CCA, the layering is a bit thinner. Treble while nicely done has a bit of a roll-off, which prevents it from coming across in full force or detail. I would even say this is a bit behind the CCA as well.

The C10P comes across as not only more mature, but vibrant as well. An odd combination but warranted and this allows the C10P to shine as a result.

There is no denying I prefer the CCA tuning to the others in the family, but here is where the child outperforms the parent. The Pro sounds more mature, with a bit less bite up top. Not that the C10 had too much, but it was from the time when bright was considered all well and good. I prefer the thicker smoothness of the C10P as a result. The C10P also has better bass depth than the C10 as well. Not that the C10 was bad, but the C10P is better at depth. Still a bit boomy over the C10, like the Kinera, I like this bass sound more, as it fits my tastes a bit better. Certainly not bloated as all, but a bit of bloom into the mids comes out from the C10P.

Often when the “pro” or “v2” of something comes out, there really isn’t much change except for looks. This would be a case where CCA promotes a maturity of sound where the original was a bit untamed. Not like the KZ or TRN family resemblance of untamedness, but some, nonetheless. Where the C10P matured is in a bit more bass (even if a bit boomy), and the smoothing up top. The C10 was not piercing at all, but to me the C10P rolled back the sound on the upper end. And to me this makes a pleasant enough signature that it is better than the original. This would indeed be a case where the offspring ends up in a better position than the elder. Mind you to me, the original was quite good as well so that is a very nice addition to move forward with.

I thank Denise and CVJ for the opportunity to review the CCA C10 Pro. I am a fan of the CCA moniker and the C10P provided me with a look forward into the tuning minds of the company. This tuning does fit my tastes and if you want a richness of sound, which is also mature, but not boring give it a listen. 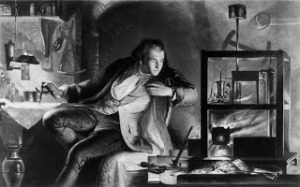